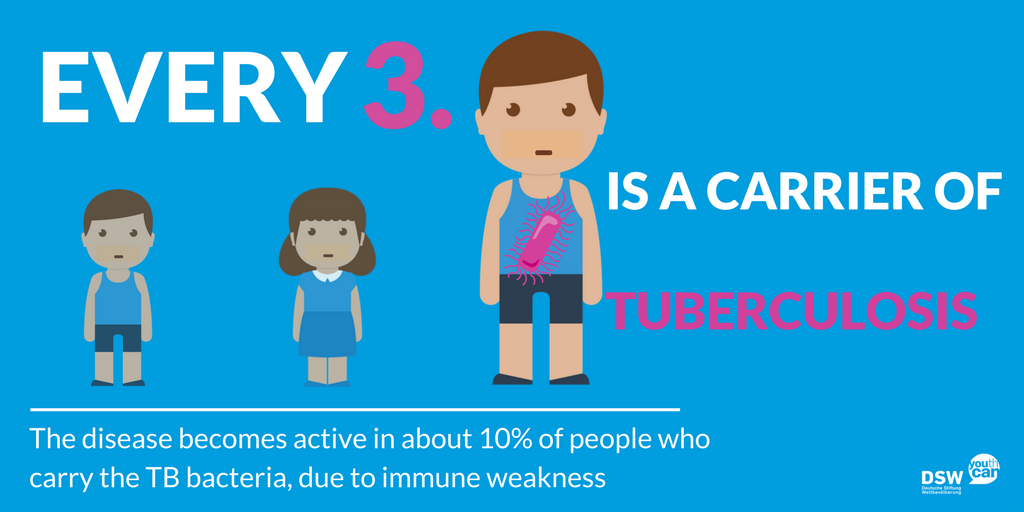 World Tuberculosis Day, falling on March 24 each year, brings attention to a disease that affects one third of the world but is poorly understood by many people. To get an expert insight into the current state of the fight against TB, we spoke to Dr Mario Raviglione, Director of the Global TB Programme at the World Health Organization (WHO). 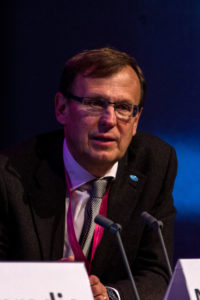 For most people in Europe, tuberculosis is a disease of the past. How can we change this perception, and make people realise that TB is a serious global health problem today?

Dr Raviglione: We need to raise people’s awareness of the dangers the disease poses. This is challenging, because active TB is closely linked to poverty and mostly affects people living in low- and middle-income countries. However, it is also a big issue for vulnerable and marginalised populations in other parts of the world, such as migrants, refugees, elderly people, alcoholics and drug users. To take this consideration into account, the 2030 Agenda for Sustainable Development aims at “leaving no one behind” in the fight against TB.

In my opinion, when it comes to knowledge and information, North America is better prepared for TB than Europe. Whenever I travel around Europe and talk to people about my work, they are surprised and tell me “Oh, but I thought tuberculosis was extinct”. However, TB is the world’s number one killer when it comes to infectious diseases. It is responsible for almost double the number of deaths due to Aids and four times the number of deaths due to malaria.

Why is it that TB remains such a difficult disease to eradicate?

Dr Raviglione: Approximately one third of the world’s population is latently infected with TB, but don’t know they are infected as there are no symptoms for simple infection before the onset of the active disease. That’s what we call a “latent infection”. TB infection becomes active disease in around ten per cent of people in a lifetime. Usually, the disease breaks out when a second factor that weakens the immune system is added. This could be malnutrition, other diseases like AIDS or diabetes, smoking or alcohol abuse, for instance.

Another big issue we face today is that more and more forms of multidrug-resistant TB (MDR-TB) are emerging. These are forms of the TB bacteria that are resistant to one or more of the drugs that are currently available, and up to five per cent of the people infected with TB worldwide suffer from MDR-TB. This is why action against MDR-TB and research for new drugs must be an integral part of the antimicrobial resistance (AMR) agenda.

What do we need to do if we are to end the epidemic of TB worldwide by 2030, as the world’s political leaders committed to in the SDGs?

Dr Raviglione: We need to raise awareness for the disease and call for action. First of all, we need better diagnostics, to get reliable results quickly – including for latent TB. The big problem today is that cases of TB still go undiagnosed and untreated. TB is a slow disease, so people themselves and doctors only detect the disease when it has turned active and the patient already has infected other people – when it is too late, due to airborne transmission. Therefore, people everywhere need access to quality health care. Of course, we also need to provide people with effective treatment – and one that comes with few or no side effects.

Right now, we are also struggling to ensure that TB is part of the AMR agenda at the G20 summit in July in Hamburg. AMR poses a huge threat in the fight against TB. We should not allow the situation to get out of control.

Finally, we need to protect people from getting infected in the first place. The only vaccine currently available is nearly a century old and poorly effective. A new vaccine is needed that is at least 90 percent effective. Additionally, it is important to develop a prophylaxis for latent TB, which would work almost like a vaccine.

If you had one thing, you would ask governments to do today to improve the fight against TB, what would it be?

Dr Raviglione: Governments worldwide need to invest more in research and development for improved diagnostics, vaccines and treatment. With 620 Million USD per year, TB is badly underfunded relative to the disease burden it causes. To accelerate the improvement of existing tools, a minimum of two billion USD would be needed for R&D, although I believe we would need much more to accelerate discovery and development. Governments from low- and middle-income countries also have a role to play by investing in the overall health coverage of their population.

For World TB Day this year, I would specifically ask Germany to invest more in research, to improve the tools we have at hand and to develop new ones to fight TB. A point of care test, new drug regimens and a new and effective vaccine would be the ultimate solutions to end TB. It is truly a global fight, given the scope of global travel and the movement of people around the world – taking TB with them. What is a health threat in a far-away country today, could arrive at our front-door tomorrow.